She rose to prominence as a member of the internationally renowned opera group Amici Forever. She has since performed in major concert and opera venues all over the world. 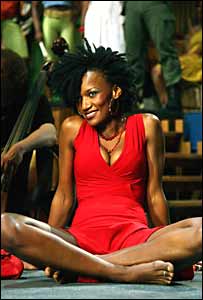 Maswanganyi began performing in the opera chorus at the State Theatre in Pretoria in her fourth and final year at the University of Pretoria. She continued her operatic training at the Pretoria Technikon for three years after graduation.

During her first year in the program, she played the title role in a student production of Emmerich Kálmán’s Gräfin Mariza. Her performance earned her a chance to reprise the role in Roodepoort City Opera’s professional opera debut.

Maswanganyi sang the role of Maria in a production of West Side Story for Spier Opera Company in Cape Town after completing her studies at the Pretoria Technikon. She soon joined Amici Forever, with whom she released two successful albums, The Opera Band (2004) and Defined (2006). (2005). In 2006, the band toured Australia and New Zealand, as well as the UK in both 2006 and 2007.

Maswanganyi is currently based in Italy, where she studies voice with Nadiya Petrenko, a mezzo-soprano.

She has an estimated net worth of $1 million which she has earned as a classical soprano.