Eric Mathoho (born 1 May 1990 in Thohoyandou) is a South African football central defender who currently plays for Kaizer Chiefs and South Africa. 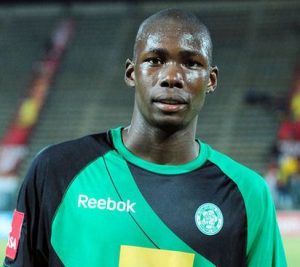 Mathoho joined Bloemfontein Celtic from Dolphins FC in Limpopo in July 2009 after going through tryouts with two other players under Owen da Gama. In a 0–0 draw against Mamelodi Sundowns on 3 February 2010, he made his debut and was named Man of the Match.

After being connected with Chiefs since January, Mathoho joined them in June 2012 and was unveiled on July 1, 2012. On August 5, 2012, he made his debut in a 4–1 loss against Mamelodi Sundowns.

In an international friendly against Tanzania on 14 May 2011, he made his debut for South Africa. Under Ephraim Mashaba’s leadership, Mathoho played every minute of South Africa’s successful AFCON qualification campaign in 2014, helping them qualify for the first time since 2008.

He has an estimated net worth of $300,000 which he has earned as a professional footballer.

Donations Made to Fight Coronavirus in South Africa