Portia Joel (born 5 January 1980) is a South African actress and television presenter known for her role as Randy in the SABC1 soapie Generations. 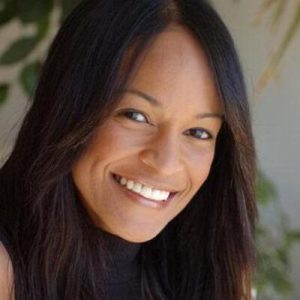 She was born on the 5th of January 1980 in Cape Town, South Africa. As of 2022, she is 32 years old and celebrates her birthday on January 5th every year.

Portia was raised in Cape Town, and matriculated from Malibu High School in 1998. She went on to study at Stellenbosch University after matriculating, but dropped out after six months because she was more interested in cinema and television acting.

She enrolled in City Varsity (an acting school for film, television, and multimedia) in 2000 and graduated in 2002 with a Best Actress award.

She had a cameo appearance on SABC2’s 7de Laan in October 2003, followed by a supporting role in Molo Fish, which she rejected down in favor of the starring role of Randy in Generations.

After two years on Generations, she began auditioning again and was cast in a cameo part in Zero Tolerance in 2005. Portia worked on numerous business projects and ads for a year after presenting Curious Culture for six months.

Portia was also a part of the SABC2 comedy Kompleks, which broadcast in Afrikaans.

In 2007, she got the role of Trina Hendriks in the SABC2 mini-series Riemvasmaak, which ran from February to March of 2008.

In 2015, she won a lead part in the kykNET soap opera Suidooster, which is situated in the fictional Ruiterbosch district of Cape Town.