Ashor Sarupen (born 1 July 1988) is a South African politician who currently serves as a Member of the National Assembly of South Africa for the Democratic Alliance (DA). 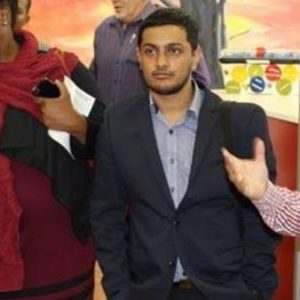 He was born on the 1st of July 1988 in Pietermaritzburg, South Africa. As of 2021, he is 33 years old and celebrates his birthday on July 1st every year.

Ashor Sarupen earned his bachelor’s degree in science from Wits University before working for the DA in Gauteng as a research analyst.

He went on to complete a BSC Honours (Wits), MBA (Wits), and MPhil in Corporate Strategy at GIBS. In addition, he studied business finance in the United States.

His MBA research centered on Internet of Things Business Models, and he continues to study how technology influences commerce and the economy.

At the age of 17, Ashor joined the Democratic Alliance (DA) in his hometown of Springs, Gauteng, where he served as constituency chairperson and local campaign manager.

At the age of 22, he was elected to the Ekurhuleni Metropolitan Council as the DA’s second-placed candidate in 2011 and served as the Chief Whip of the Official Opposition in the Council.

He was a member of the Rules, Ethics, and Public Accounts committees on the councils. He joined the DA’s Gauteng election campaign as an election strategist in 2014.

He’s been a Member of Parliament and the DA’s Shadow Minister on the Appropriations Committee since 2019.

Helen Zille named him Chief of Staff and afterward Parliamentary Counsel in October 2019. He was elected as the Deputy Chairperson of the Federal Council in the DA’s national leadership in 2020.