Palo Mokoailane (born 26 May 1976) is a South African actor and production specialist known for his role as the second Pheko on the SABC2 soapie Muvhango, making his first appearance on 24 March, 2016. 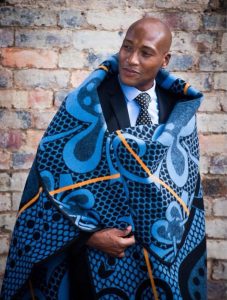 Palo began auditioning for the part of Pheko on Muvhango in the 1990s, and eventually landed his first role in 2015 (as Pheko) and his first appearance in 2016 (as Palo).

Prior to that, he had a recurring part as Pontsho, the son of the series’ main character Lillian Dube’s character, in the South African Broadcasting Corporation and BBC sitcom Mponeng, which was based on the BBC series Keeping Up Appearances. He was in the first two seasons of the series, which aired from 2005-2006.

While simultaneously contributing to South African and African skill development, Palo has worked as the technical director for SONA (the State of the Nation Address).

Another part of his job was starting his own radio show on Lesedi FM, airing on Saturdays from 18:00.