Nozuko Ncayiyane (born 12 October 1994) is a South African actress best known for her role as Phindile on the e.tv soapie Scandal!. 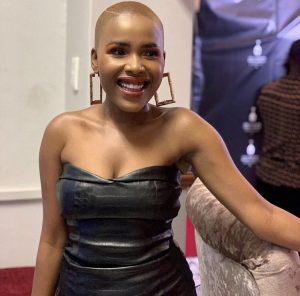 She was born on the 12th of October 1994, in Port Shepstone, KwaZulu-Natal, South Africa. As of 2021, she is 27 years old and celebrates her birthday on October 12th every year.

Her first appearance on television was in Season 4 of the SABC1 youth soapie Skeen Saam, where she played the loving Ayanda. Season 5 saw her reprise her role.

Her character is a lady who is stuck in a loveless marriage while having an affair with a married guy.

Nozuko also had a recurring role as Lumka in the Mzansi Magic drama series Abomama, which she initially appeared in on April 8, 2018.

In 2021, she was cast as Nokuthula “Nox” Jele in the Mzansi Magic drama DiepCity, which follows four young women as they try to take their place in the world.