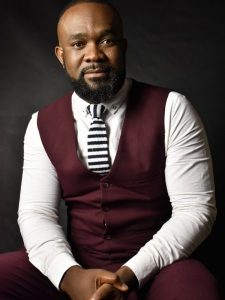 In 2003, he made his professional television debut as a rapist in the SABC2 police procedural series Justice for All. In the fourth season, in 2007, he returned to play a different character.

Aubrey had his first starring role on television in 2018 as Tokelo in the Mzansi Magic polygamy drama iKhaya, which premiered on January 8, 2018, and was renewed for a second season in 2019.

He then went on to play Mr Titus on Mzansi Magic’s Isithembiso, making his debut in Season 3, Episode 42, which aired on May 28, 2019.

He won another recurring part the following year, this time as Karabo in the second season of the Mzansi Magic drama series Housekeepers, which premiered on June 15, 2020.