Quanita Adams is a South African actress who has acted in various stage, film, and TV productions. 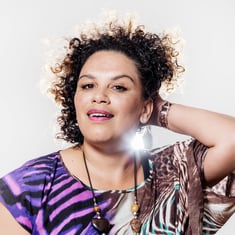 She studied at the University of Cape Town, where she obtained her honors degree in drama in 2002.

Adams has appeared in movies including Forgiveness (with Arnold Vosloo), Cape of Good Hope, and Skeem. Truth in Translation and At Her Feet are two of her major theatrical works. She’s also appeared in television shows like Binnelanders, Orion, Erfsondes, and Villa Rosa.