Patricia Emily Adams is a South African politician who served as a Member of the National Assembly of South Africa for the African National Congress (ANC) from 2009 to 2014, and again from 2014 to 2019. 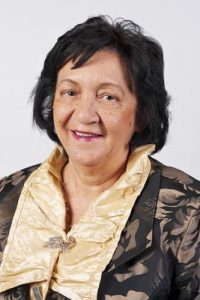 Adams was then appointed to the Fourth Parliament’s Standing Committee on Finance (2009–2014). During the legislative term, she was also the ANC’s Rietfontein constituency office’s constituency contact.

She was elected as an ANC whip on May 17, 2018. She departed the National Assembly on 7 May 2019, the official date of the parliamentary term’s dissolution, because her name was not on the ANC’s lists for the 2019 general election.