Lunathi Mampofu (born 7 March 1987) is a South African actress, musical artist, and couturière known for her role as Zikhona in the South African drama series, Ingozi. 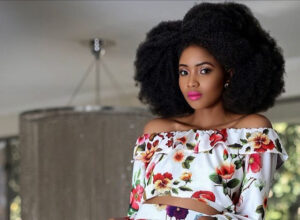 Her parents are known as Nosabata and Patrick Mampofu. She has two brothers who are twins and are named Oros Mampofu and Mkhokheli Prince Mampofu.

Almost Maine, Remember to Remember the Memorial, and Look Before You Leap are just a few of Lunathi’s theater credits. She’s also been in a number of student and technical films, including AFDA’s Rising Light, Umthandazo, and Little Blue Line, as well as the short film Shack Attack and feature films The Good Man and Mercy.

In 2016, she made her television acting debut in an episode of the Mzansi Magic drama series Isikizi (Season 1, Episode 9), in which she played a spiritualist.

She’s also been in advertisements for Discovery Insure and Glen Tea, among others.

Lunathi has worked as a casting director at Gersh Studios in Los Angeles and later at Scout’s Honour in Seapoint, Cape Town, in addition to acting.