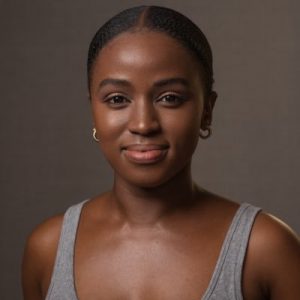 She has worked largely in theatre since graduating in 2016, as well as in the South African crime thriller Trackers, which was M-top-rated Net’s show in 2019. The Royal Television Society named her a rising talent in 2019 and a ‘one to watch’ in 2020.