Bushy Maape (born 1957) is a South African politician and anti-apartheid activist who is the Premier of the North West replacing Job Mokgoro. 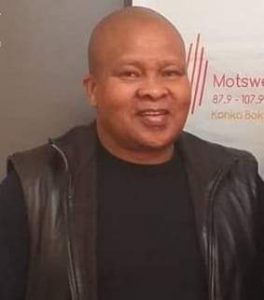 Maape graduated from the University of South Africa with a Bachelor of Arts degree in psychology and economics, which he achieved while imprisoned on Robben Island.

While attending the Hebron Training College, Bushy Maape was recruited into the African National Congress’s clandestine institutions. He was in charge of the ANC’s Kgalagadi Machinery, which operated underground.

Following the end of apartheid in the 1990s, Maape served as chairwoman of the ANC’s Kgalagadi area. Later, he worked for the Office of the Premier of the North West as the director of RDP and the chief director of the strategic planning and development unit.

Maape was a member of the Municipal Demarcation Board from the North West Province and sat on the Ministerial Advisory Committee of the Department of Provincial and Local Government.