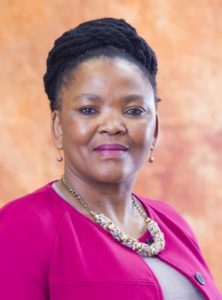 She was born on the 6th of September 1966 in Mdantsane, East London, South Africa. As of 2021 she is 55 years old and celebrates her birthday on September 6th every year.

She was married to her husband who died in 2003 and has two daughters.

Mbombo, a former supporter of the African National Congress, joined the Democratic Alliance in 2013 after attending a DA conference for black professionals.

Mbombo was elected to the Western Cape Provincial Parliament on the 8th of May 2014 and sworn in on the 21st of May. She is the city of Cape Town’s Philippi representative.