Ray Jennings (born 9 August 1954) is a former South African cricketer. He was one of South Africa’s leading wicket-keepers during the apartheid era. 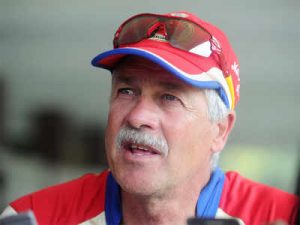 He was born on the 9th of August of 1954 in Vanderbijlpark, Transvaal Province, South Africa. As of 2021, he is 67 years old and celebrates his birthday on August 9th every year.

Late in 2008, Jennings was named head coach of the Royal Challengers Bangalore, an Indian Premier League side owned by business magnate Vijay Mallya. He was now in charge of a club that had a disappointing IPL 2008 season, placing seventh out of eight teams in the log.

For the second season of the IPL, which was about to begin in South Africa, Jennings brought the team together by naming Anil Kumble as captain.

Royal Challengers Bangalore had success under Jennings and reached the league finals in 2009, where they faced the Deccan Chargers. This was a significant improvement for the franchise and the team, which had a rough season the previous year.

Royal Challengers Bangalore qualified for the inaugural Champions League Twenty20 in the same year. In 2010, the team advanced to the semi-finals before losing to the Mumbai Indians and finishing third overall.

He has an estimated net worth of $150,000 which he has earned as a cricketer.