Susan Danford is a South African actress known for her television roles as Annette in the SABC2 soapie 7de Laan (2004), and as Grace Foster in the M-Net drama series Known Gods (2005), which later aired on SABC3 in 2007. 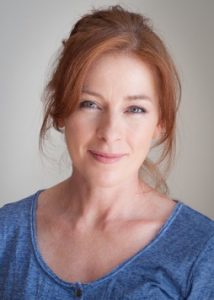 She is married to actor Stephen Jennings.

Danford has been in a number of leading roles in cinema, television, and on stage both overseas and in South Africa. She is a multilingual performer who can act in both English and Afrikaans. Her international work includes dialects from the United Kingdom and the United States.

Grace in Known Gods, Annette in 7de Laan, Carien Vos in M-medical Net’s drama Binnelanders, and Brigitte Grant in M-soccer Net’s drama League of Glory were among her notable television roles in South Africa in 2010.

From January to February 2008, she also played Vivie du Preez in the SABC2 mini-series Land of Thirst.

Juliet in Romeo and Juliet, Dora in Camus’ The Just, Celia in As You Like It, Abigail in The Crucible, Alais in The Lion in Winter, and contemporary comedy and drama roles in Four Play (Talking with…) and Death Defying Acts are among her most well-known theatre roles.