Nina Swart is a South African actress and television presenter known for her role as Wilmien de Lange in the SABC2 soap opera 7de Laan, from 2000-2004. 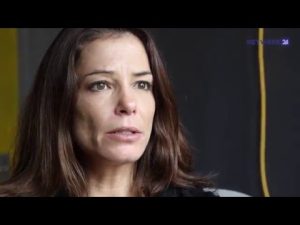 Nina has a substantial body of work in theatre after graduating with a BA Drama (Hons.) from the University of Stellenbosch in 1998.

She presented Pitstop on SABC2 after playing Wilmien de Lange on 7de Laan from 2000 to 2004. In 2005, she had a recurring part in the science fiction series Charlie Jade.

She earned the major part of Nina Jansen in the M-Net drama series Known Gods the same year.

In October 2007, she joined the cast of the SABC1 drama series Interrogation Room for its third season, playing Captain Lesley Stanford. She’ll be back in the fourth season, which will show on SABC1 from August 14 to November 6, 2008.