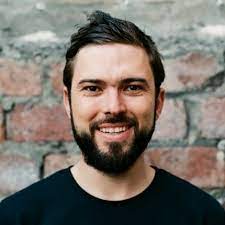 March the Second, Nantes, Bloedson, Onder die Tafel, and Soos Gister are among the short films in which he has appeared. He also starred in Stuur Groete aan Mannetjies Roux, a feature film.

Wilhelm van der Walt made his television debut in an episode of the kykNET criminal anthology series Die Boland Moorde that aired on April 30, 2013.

In the second season, he returned to the show as a different character for a guest appearance in Season 2, Episode 5.

He then had a prominent recurring role in the kykNET legal drama series Fynskrif as Jan, which he initially appeared in Season 1, Episode 2.

Wilhelm then appeared as a guest star in an episode of the kykNET spooky thriller Die Spreeus, which aired on June 4th, 2019.

In 2019, he became a presenter on the kykNET arts show Fista.

On January 5, 2020, he appeared as Christo de Lange in the Season 2 debut of the kykNET criminal drama Die Byl.

He began playing Damien Brand in the kykNET drama series Projek Dina, which premiered on January 14, 2020, a few days later.

Later that year, he earned the lead part of Bertie Heyns in the kykNET comedy-drama series Ekstra Medium, in which he plays an unpolished diamond on the wrong side of 30 who is having an existential crisis.