Lemogang Tsipa (born 6 May 1991) is a South African actor known for his role as Dini Masilela in the eKasi+ and e.tv detective drama series Traffic!. 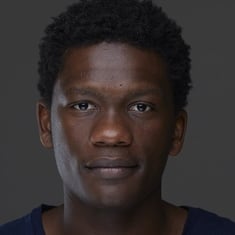 Forced Love, a miniseries adapted from Shakespeare’s Taming of the Shrew and produced by Penguin Films as part of the SABC1 “Shakespeare in Mzansi” strand, a collection of miniseries that contemporize various works of Shakespeare into a South African context, featured him as a guest star.

In the SABC1 boxing drama series JAB, he played Smiley, a dangerous Zulu-speaking local criminal, and entrepreneur who insinuates himself into Bee’s boxing career.