Magic Hlatshwayo is a South African actor and director known for his leading role in the SABC1 television drama series Kelebone. 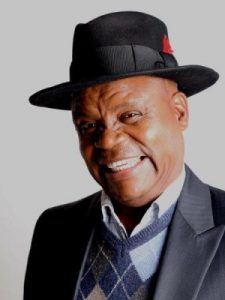 He starred as Bra Shakes Malinga, the shebeen owner from the Mzansi Magic opera “Inkaba,” which was shown from 2012 to 2013. Additionally, he serves as a director on the SABC2 soapie Muvhango.

Between April and May of 2008, he was the main character in the SABC1 mini-series adaption of Shakespeare’s King Lear, Izingane zoBaba.