Mpumi Mpama whose full name is Mpumelelo Mpama is a South African actor known for his recurring role as Zack Phiri in the Mzansi Magic soap opera The Queen. 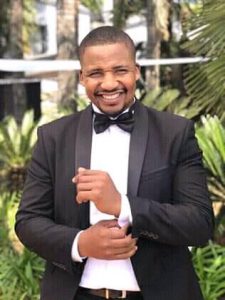 Igazi, Saints and Sinners, The Road, Zabalaza, Isibaya, and The Imposter are just a few of the Mzansi Magic series in which he has appeared.

Mpumi made his television debut in 2017 when he was cast as Reginald in the Mzansi Magic drama series The Imposter, which follows a woman who takes over the life of her identical twin sister.