Phumeza Mdabe (born 15 March 1987) is a South African singer, model, television presenter and actress known for taking over the role of Phumi, the beautiful front of house manager, in the SABC1 drama series Sokhulu & Partners, in 2011. 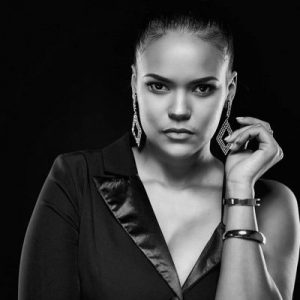 She portrayed Hilda in the made-for-television film Umtshato, which broadcast on SABC1 as part of the One Love/Soul City campaign in 2012. In the same year, she appeared as Sandra Jacobs, a teenage singer, in the SABC1 soapie Generations.

She made it to the Top 60 on the second season of M-reality Net’s show Idols in 2003 before being eliminated.

Phumeza has also appeared in ads for Ponds, Kellogg’s, Jet Stores, Nando’s, and Loxion Kulca, among others.

In 2014, she took over as host of Mzansi Magic’s reality show Our Perfect Wedding for Season 3 (replacing Brenda Ngxoli).

She hosted the Mzansi Magic reality show Abandoned in 2021, which helps children who were abandoned as toddlers find their home.