Amahle Khumalo (born 1997) is a South African actress known for her starring role as Phumzile in the eVOD web series Is’phindiselo. 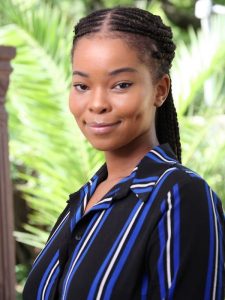 Is’phindiselo was her first starring role in television. She previously had guest roles in the Moja Love series Phuma Moya Omubi and Erased.

How To Calculate Your APS at Stellenbosch University