Nunu Khumalo (born 15 April 1992) is a South African actress and model known for her roles in the television serials Isibaya, Soul City and Scandal! 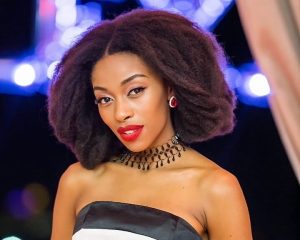 St Mary’s Diocesan School for Girls, Pretoria was where she completed her secondary studies in 2012. Thereafter, she went on to obtain a Bachelor of Arts degree in Journalism at the Midrand Graduate Institute.

In Amsterdam, the Netherlands, the International New Vision Film Festival recognized her as the Best African Actress.

And after that, she was in the long-running TV series Soul City, where she portrayed the show’s well-liked character “Relebogile “Riri” Diholo.”