Phumzile Mlangeni (born 1978) is a South African actress known for her starring role as Buyi Vilakazi in the television sitcom Family Bonds. 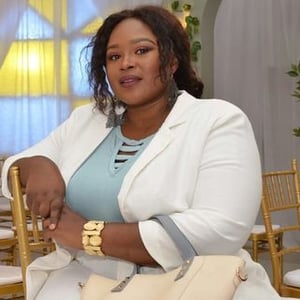 She is well known for her role as Fihliwe on the most-watched telenovela in South Africa, Uzalo