Nompumelelo Vilakazi (born 20 October 1997) is a South African actress known for her debut television role as Snenhlanhla ‘’Sne’’ on DiepCity. 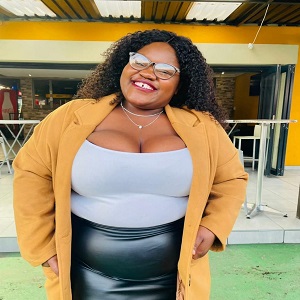 She was born on the 20th of October 1997 in Winterton, KwaZulu-Natal, South Africa. As of 2021, she is 24 years old and celebrates her birthday on October 20th every year.

Nompumelelo Vilakazi matriculated from Ntathakusa Secondary School in Winterton, KwaZulu-Natal, in 2017 and went on to the University of KwaZulu-Natal to complete her education. In June 2021, she received her diploma.

Because she had done well in school, her family was skeptical of her ambitions to pursue an acting career. She began acting in a local theatre play in her hometown of Winterton, where she grew up.