Blyde Smit (born 20 October 1995) is a South African actress known for her role as Gabby Kemp in the SABC2 soapie 7de Laan. 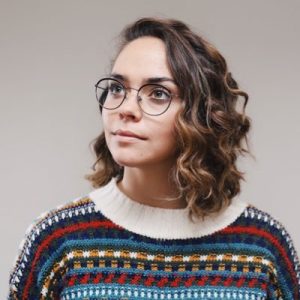 She graduated from Afrikaans Hoor Meisieskool Pretoria in 2013 and continued on to the University of Pretoria to complete a Bachelor of Drama where she participated in numerous theater productions.

She then went on to complete her Honors Degree in Drama with a Screenwriting Concentration.

Blyde Smit opened her own photography and videography studio called Sowaar Studios in Pretoria after completing her tertiary education. She also started working professionally in theater, film, and television.

On December 3, 2018, she appeared as Svetlana in an episode of the e.tv soap opera Scandal!

She was cast in the recurring role of Gabby on the SABC2 soap opera 7de Laan the following year. She debuted in the role on 9 April 2019.

She appeared as a nurse in a 2021 episode of the Netflix paranormal series Dead Places, which debuted on April 16 worldwide.

Later on in the year, Blyde received her first major television role when she was chosen to play Luca in the Showmax romantic comedy Troukoors (Wedding Fever).