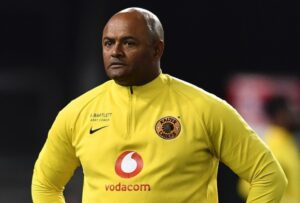 He has an estimated net worth of $200,000 which he has earned as a professional footballer

Bartlett began his career with his hometown Cape Town Spurs and then moved to Major League Soccer and the Colorado Rapids in the league’s inaugural season in 1996.

Halfway through the 1997 season, he was traded to the MetroStars on 10 July. Bartlett left MLS, without leaving much of a mark and returned to his home country.

He later went on loan to FC Zürich and then transferring there for good in 1998. He went on loan to Charlton Athletic in 2000 and moved there in 2001 on a permanent deal worth £2 million.

Bartlett won the Premier League Goal of the Season award in 2000–01, for his volley against Leicester City. He was released by the club in May 2006.

Bartlett then returned to South Africa signing with Kaizer Chiefs and in the summer of 2008 retired from professional football. After several discussions, he then made a return to football with Bloemfontein Celtic.

Bartlett made his full international debut in a friendly against Lesotho on 26 April 1995.

He is the second all-time leading scorer behind Benni McCarthy for the South African national team, with 28 goals in 74 appearances. He helped his country to the 1996 African Nations Cup and played in the 1998 FIFA World Cup, scoring two goals.