Anthony Teddy Akumu (born 20 October 1992) is a Kenyan professional footballer who plays for as a midfielder for Kaizer Chiefs as well as the Kenyan national team. 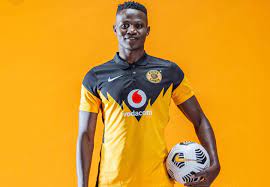 Akumu has played club football for Gor Mahia, Al Khartoum and ZESCO United. In January 2020 he moved to South African club Kaizer Chiefs. He made his international debut for Kenya in 2011.