Victor Matfield (born 11 May 1977) is a former rugby union player. He studied at the University of Pretoria where he made the university’s under-21 side.

In 2008 he was inducted into the University of Pretoria Hall of fame. 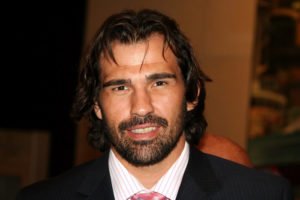 Matfield got married to Monja Bekker on the 12th of December 2003. Together, they have three daughters.

He has an estimated net worth of $1 million to $5 million which he has earned from being a rugby player.

Matfield will be joining the team for the Super Rugby season in an effort to rejoin the Springboks before they head to Japan for the World Cup later this year.

According to the Vodacom Bulls, he will also be playing in the final Test in South Africa on 17 August against Argentina at Loftus.

Schalk Britz said that he thinks it’s a great idea for Matfield to join the team. Britz also mentioned that if he could give it a shot at 37, why can’t big Vic at 41?

Eben Etzebeth agreed that this is an amazing idea to have Matfield back, given his experience. Etzebeth said that he is technical and understands the game, especially during lineouts.

NOTE: The legend, Victor Matfield, had a great sense of humour and it was all an April Fool’s prank!