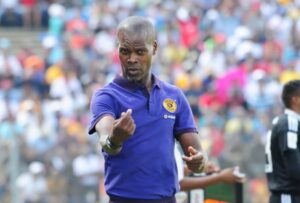 Zwane grew up playing for his uncle’s team, Liverpool and later played for Jomo Cosmos’s under 10 side. He was promoted in 1992 and was sent on loan to Real Rovers.

Arthur Zwane made his professional debut in the BobSave Super Bowl quarter final against Giyani Classic in 1993 under Roy Matthews. Zwane continued to play for Cosmos after being relegated in 1993. He won the NSL Second Division with Cosmos in 1994.

Zwane played 12 matches at Orlando Pirates before being sent on loan to Dynamos in the National First Division.

Zwane played for Tembisa Classic under Khabo Zondo. He scored eight goals in 1999/2000 to help the team to a 9th-place finish.

Zwane joined Chiefs in 2000 after a tug of war battle between Pirates claiming Zwane as their player and Chiefs claiming Lesley Manyathela as their own. He made his debut on 22 July 2000 in a 1–0 win over Wits University.

In 2004, he was banned for 2 years after testing positive for Methyltestosterone, an anabolic steroid. The ban was later reduced to six months. He played his last match on 4 November 2009 against Mpumalanga Black Aces.