Sello Sebotsane (born 23 October 1970) is a South African actor known for his starring role as Philane, a sensitive rugby player, in the SABC2 sitcom Stokvel. 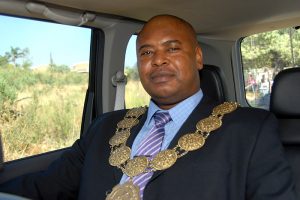 He was married to Shoki Sebotsane who is an actress and a fashion designer. Their marriage lasted until he assaulted her grievously in 2018.

In 2011, he starred in the SABC2 sitcom Home Sweet Home as Bhekumuzinsizwe “The General” Letswalo, an inept security guard stuck in the struggle years.

In 2011, he was cast in the starring role of George Motha in the SABC2 parliamentary drama series 90 Plein Street.

In 2006, he played Jacob in a two-episode recurring role in the SABC3 drama series One Way. In April of 2007, Sebotsane starred in the Afrikaans dramedy Andries Plak, which aired on SABC2.