Shoki Mmola (born 10 August 1977) is a South African actress known for her role of Celia Kunutu the mother and stepmother of Rachel Kunutu and Nimrod Kunutu respectively in the soap, Skeem Saam. 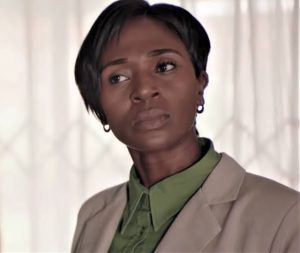 She attended Prudens Secondary school and furthered her studies at the Tampere University of Technology.

She was married to fellow actor Sello Sebotsane who she claimed to have abused her several times. In 2016, after a decade of marriage, the Skeem Saam star left her actor husband.