Buhle Maseko (born 1 February 1992) is a South African actor known for playing the role of Nimza Kunutu from Skeem Saam. 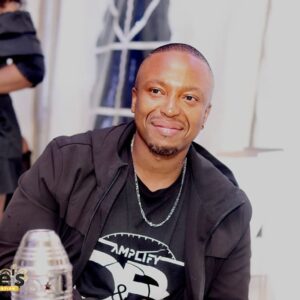 He was born on the 1st of February 1992 in Tembisa, Gauteng, South Africa. As of 2022, he is 30 years old and celebrates his birthday on February 1st every year.

He graduated from the University of Johannesburg with a degree in Film and Television Production (UJ). In addition, he finished a radio and television training course.

Maseko and Tsholo Lolwayne have been dating for four years. The couple is working toward some relationship goals and is looking forward to a bright future together.

During his academic years, Buhle had his first taste of radio hosting, presenting sports and having his own music program on the University of Johannesburg’s radio station. He was spotted by SABC 1 and became a YOTV presenter a few months later. Since then, his career has progressed to new heights.

Buhle M the DJ’s is another moniker for him. He released his debut track, “Ngikhetha Wena,” which features T Love and emerging musician Wabi Sabi. He plays the character of Nimrod Kunutu in Skeem Saam.