Buhle Samuels (born 25 May 1990) is a South African actress and TV presenter popular for her role as Matshidiso Mofokeng on the SABC 2 flagship soap opera, Muvhango.

She had previously hosted the breakfast show on Africa Magic, an M-Net owned channel available on DStv channel 151 in 2013. 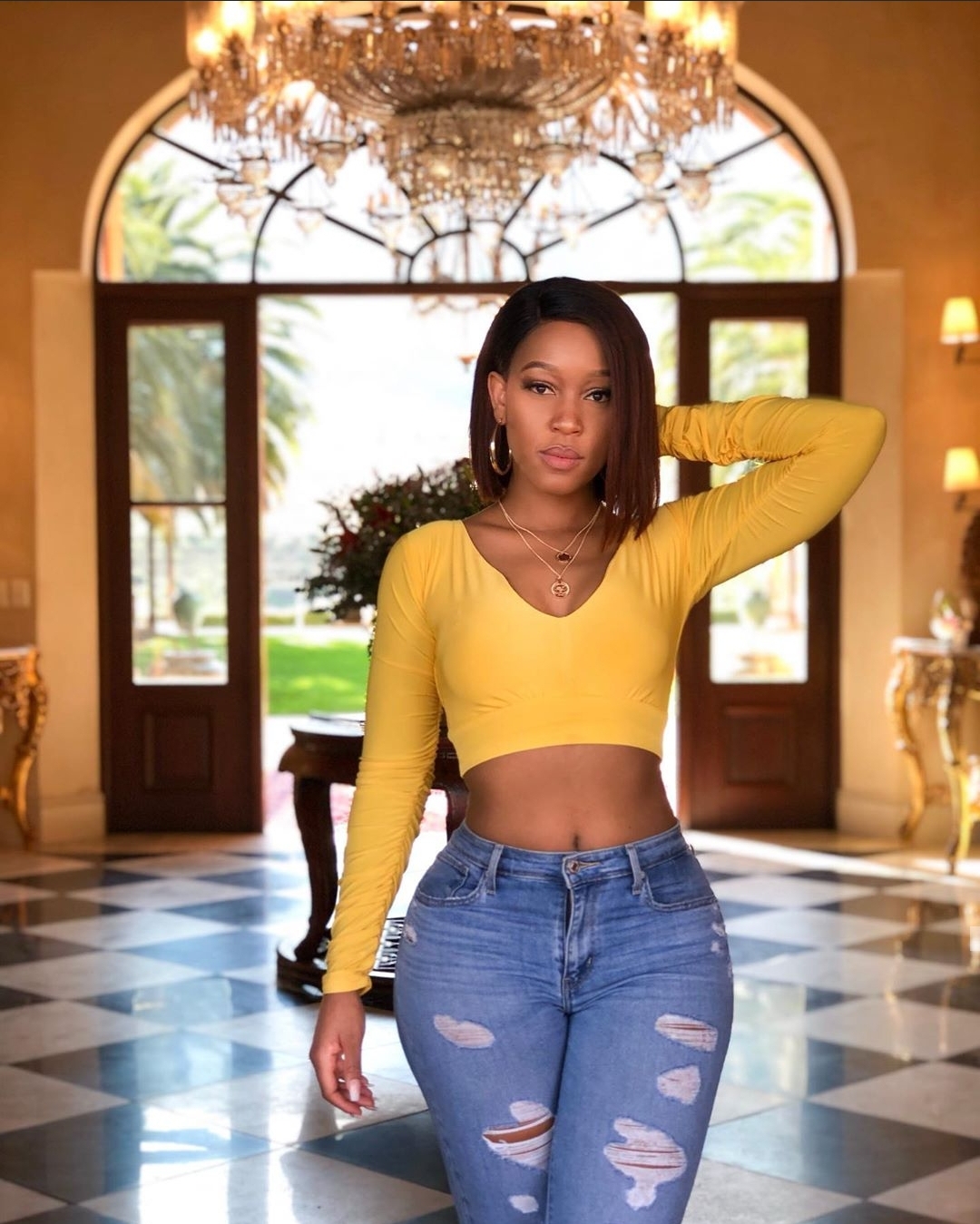 She has not made her relationship public but shared in an interview with True Love Magazine what her ideal guy would be like.

“My ideal man, however, is a down-to-earth, ethical guy. He has to be respectful and kind.”

She was born into a family of four with her being the youngest of two children. Her mother is a nurse in Saudi Arabia and her elder sister is Mbali Samuels.

The beautiful actress studied Somatology at the University before going on to pursue a career in acting.

Buhle previously hosted the breakfast show on Africa Magic and in 2014 landed a role on SABC2 soapie opera, Muvhango as Matshidiso Mofokeng.

During an interview, she said she enjoyed acting the role of Matshidiso as she is the complete opposite compared to her real-life character. She would also love to work behind the scenes as maybe a director.

Buhle left Muvhango after acting in the show for four years. The reason she decided to leave the popular show was to experience change and adventure. She also wanted to take a chance to work on her music career.

Her role in Muvhango led her to be nominated at the 2nd Annual Royalty Soapie Awards in 2015 for “Best Newcomer”.

The role of Matshidiso Mofokeng was a phenomenal one as she portrayed a mean and character which some fans liked.

She, however, lost to Izak Davel who plays the role of Bradley Haines on SABC 3’s Isidingo.

In 2019, she joined the cast of the thrilling e.tv’s, Imbewu: The Seed, where she acts as Zandile.

She has an estimated net worth of $1 million to $5 million which she has earned from acting.