Arno Botha (born 26 October 1991) is a South African rugby union footballer for the Blue Bulls and Bulls and can operate either as a flanker or number 8. 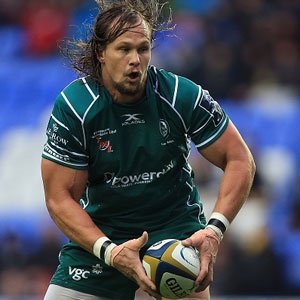 Botha made his Springboks debut on the No. 7 flank against Italy on June 8, 2013 at Kings Park Stadium in Durban. Botha departed the field after four minutes of play in his second test against Scotland on 15 June 2013 in Nelspruit, having damaged ligaments in his left knee.

He was part of a South Africa ‘A’ side that played a two-match series against a visiting England Saxons team in 2016. He didn’t participate in their first match in Bloemfontein, but he did start the series’ second encounter, a 26–29 loss in George.