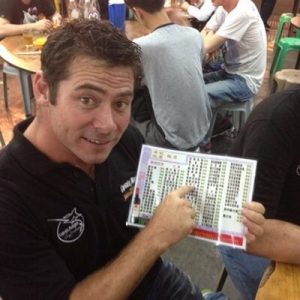 In 1993 and 1994, Esterhizen matriculated at Afrikaanse Hoor Seunskool and represented Northern Transvaal in the Craven Week events. In 1996, he made his senior provincial debut with the Blue Bulls.

In 2000, Esterhuizen made his Springboks test match debut as a substitute against New Zealand at Jade Stadium in Christchurch, and he went on to participate in seven test matches for the Springboks throughout the 2000 rugby season. He played sevens for South Africa in 2003.

He has an estimated net worth of $500,000 which he has earned as a rugby player.