Sasa Klaas (born 17 May 1993) whose real name is Sarona Mothlagodi is a rapper, musician and media personality from Botswana. She’s known for her unique dancing on stage.

Sasa Klass has got herself involved in television, music, rapping and dance. Making a mark as a female rapper has earned her the title of ‘Queen of Rap’. 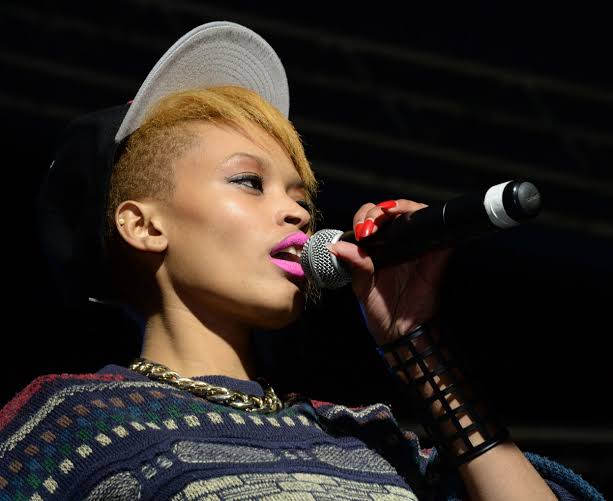 She was born to Anna and Shine Mothlagodi and grew up in Lobatse, South Africa and Gaborone. She was raised by her mother who is a politician in Botswana raised by a single mother.

She said taking responsibility had to be part of her from a young age. “I was raised by my mom, so that made me very responsible because my mom had to work a lot.”

Most of her schooling years were spent in Lobatse, South Africa. She then had her tertiary education in Botswana where studied Digital and Film Production at Limkokwing University.

While in college, she realised that she didn’t really have an interest in that career path and she dropped out of college to pursue her music.

There were rumours that Sasa Klaas and the Olympian silver medalist, Nijel Amos were in a romantic relationship. The relationship was brief and it caused a stir in social media.

She gained so much popularity when she collaborated with Scar on A Ke Mo Khande. She was also the presenter of ‘The Foundation: Next Level’ on eBotswana from 2011 to 2012.

Her first solo single which was called “Hadsan” was released through the Spirit of Fancy Path Music Group (FPMG). The release of the single was at the same time as the launch of her ‘Hadsan’ clothing label.

Nobody: My pants: Let it goooo, we can’t go on like this no mooore 🎤