DJ Cndo (born 22 May 1984 in Mandeni) whose real name is Sindisiwe Zungu is a South African disc jockey. 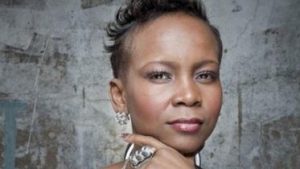 She was born on the 22nd of May 1984 in Mandeni, just 45 minutes outside of Durban next to the great river Uthukela. As of 2022, she is 38 years old and celebrates her birthday on May 22nd every year.

She became interested in DJing while studying at Mangosuthu Technikon and began learning how to mix at Durban’s Finest DJ Academy. She began heavily gigging at parties around her campus as soon as she mastered mixing.

In 2005, the duo Durban’s Finest recognized her talent and began mentoring her. She then began performing at several of Durban’s finest events.

In 2006, KwaZulu-Gagasi Natal’s FM was launched, and Durban’s Finest was given a spot on one of the shows. She became a member of these sessions, mixing live on the radio every Friday and gaining a loyal following.