Nondumiso Jozana-Zungu (born 1995) is a South African actress who is best known for playing the role of nurse Ntando on Durban Gen. 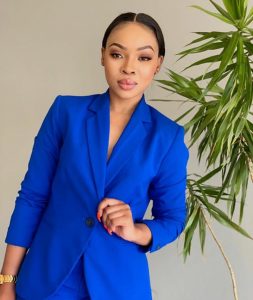 She was born in the year 1995 in Pietermaritzburg, Kwa-Zulu Natal.

Nondumiso attended Durban University of Technology and majored in acting and production studies.

Nondumiso is most recognized for her roles in Isibaya and Unmarried as Zoey and Peggy Khuzwayo (produced by Ferguson Films). She is now seen on Durban Gen in the role of nurse Ntando Shweni.

She starred in the film Nomthawelanga, which was essential in her success because it made her more well-known. She used to act in theatre plays before landing roles in movies and telenovelas.