Msaki, whose real name is Asanda Lusaseni Mvana, is a South African singer and songwriter. She has been on the rise in the music industry with her unique combination of soulful folk with symphonic movements, Xhosa lyrics, and African poly-rhythms. 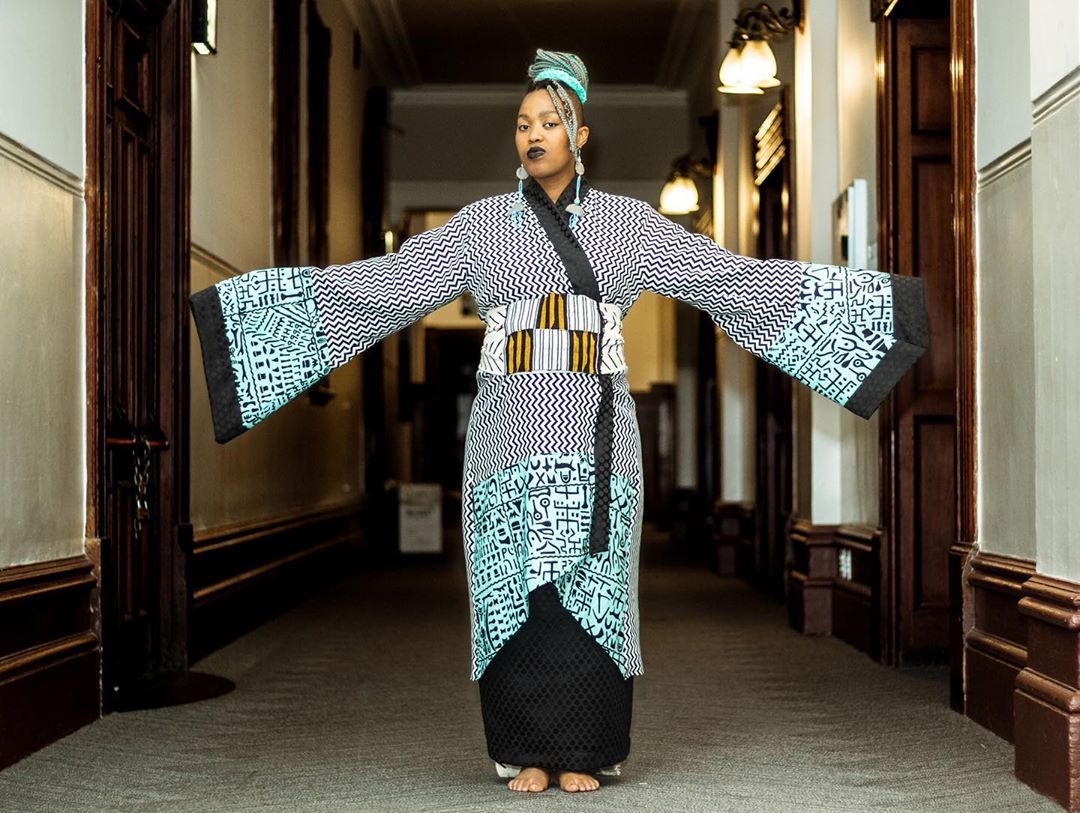 Asanda was born into a family of music. Her father was a DJ while studying at the University of Fort Hare and her grandfather was also a well- known composer and songwriter. Making good music definitey runs in her blood.

Asanda always found a way to combine music with her education. In 2008, she joined an alternative rock band while she was taking a course in Visual Art and Design in East London. During this period, she also spent time recording music in a friend’s studio.

She went on to Grahamstown to further her studies in Visual Art and that was where she formed her first band. She later moved to the University of Leeds, England as an exchange student in 2010.

She met her husband in 2009 while studying in Grahamstown. They have three children together, the third was born in 2019.

Little is known about her husband as she keeps her family details private.

In 2012, Msaki was selected out of over 900 applicants from all over the world to go study in North Carolina USA with 30 other artists, musicians and writers. When she returned to South Africa she embarked on her career in music and signed herself to her own Indie Label, One Shushu Day Artistry.

In 2013, Msaki independently recorded and released an EP called Nal’ithemba which was produced by Cobus Van Dyk. She then released her debut album Zaneliza: How the Water Moves under her label One Shushu Day Artistry in 2016.

She then released her debut album Zaneliza: How the Water Moves under her label One Shushu Day Artistry in 2016. Zaneliza is about loss, hope and the wave-like rhythms in between those two states of being. The album was co-produced with Standard Bank Young Artist of the Year for 2015, Nduduzo Makhathini. The album was partially crowd funded and self-funded.

Zaneliza: How the Water Moves Tracklist

She has her own record label named One Shushu Day Artistry.

Mud cloth conversations across boarders | a beautiful evening ~ and a big appreaciation for this incredible city and the artistry of Africa . #Kigali @caxafrica 🙏🏾❤️ #Rwanda 🇷🇼

I just want to honour some of my collaborations. When 2019 started I didn’t know that I had written South Africa’s most Shazaamed song of 2019 #fetchyourlife. If it wasn’t for @princekaybee_sa and his persistence that song wouldn’t exist. I also didn’t know that Sondela with @tresorofficial would go Platinumb 🚀 (happy for you my friend 👌🏾) What I did know was that I was happy to collaborate and I was gonna leave space for collaborations and support them intentionally and wholeheartedly. I got to work with my talented friends across different media like @francois.knoetze , @gabriellegoliath , @unathimkonto and @nomodernslave. I got to work with an artist I have looked up to for years @realblackcoffee, our process taught me so much 🙏🏾. I’m grateful for being able to have gone on a 7 city tour with the Berlin Youth Orchestra, and for the growing relationship with @johannesburgphilharmonic. @kidxsa thank you for being part of my song too, you are a gem. Looking forward to my 2020 collaborations (wish I could tell you 💆🏾‍♀️😆) but all is aligning as it should #collaboration #msaki ❤️