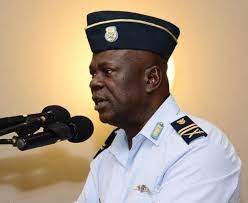 He has an estimated net worth of $200,000 which he has earned as an Air Force officer.