Anoj Singh is a qualified chartered accountant who is also the former CFO of Eskom. He joined Eskom as a Chief Financial Officer in August 2015.

In September 2017, he was officially suspended as Eskom’s CFO, pending a disciplinary hearing. 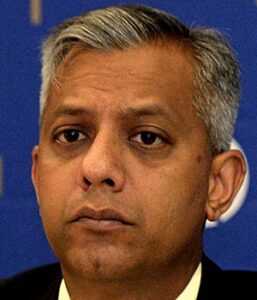 He has an estimated net worth of $5 million which he has earned throughout his career.