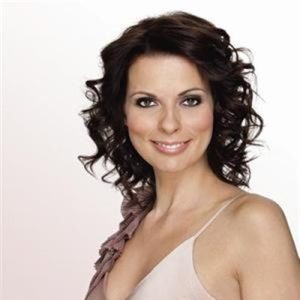 She debuted on television as a presenter on the children’s show Kideo, which she hosted from 1992 until 1994.

In 1994, she landed the role of Carrie in the SABC drama series Honeytown, which is based in the music industry. The next year, she returned for a second season.

She also participated in the SABC drama series The Uninvited Guest in 1995, and went on to star in a number of other programmes such as Sinbad, Tarzan: The Epic Adventures, and Golden City Dreams.

In 1997, she was cast as Sam Ryan in the M-Net soap Egoli: Place of Gold for its sixth season. She lasted six seasons on the show before leaving in 2003.

When the soap aired its final episode in March 2010, it was followed by an 18-episode commemoration series in which prior stars reflected on the show’s events throughout the course of its run. Year 7, the 1998 season, Natasha co-hosted with Darren Kelfkens.

She guest starred in an episode of the SABC2 police procedural series Zero Tolerance on July 29, 2004, after leaving Egoli.

Natasha continued to work in theatre and cinema while also serving as a brand ambassador for a number of businesses.