Esta TerBlanche (born 7 January 1973) is a South African actress, known for her roles on television soap operas in both South Africa and the United States. 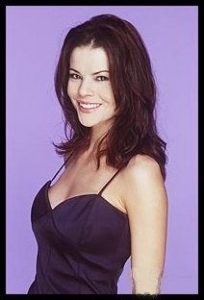 She was born on the 7th of January 1973 in Rustenburg, North West Province, South Africa. As of 2022, she is 49 years old and celebrates her birthday on January 7th every year.

TerBlanche won Miss Teen South Africa in 1991, and from 1992 to 1995, she starred as Bienkie Naudé Hartman in the South African drama Egoli: Place of Gold. TerBlanche decided not to renew her contract with Egoli in 1995, opting instead to pursue her acting career in the United States.

She got her first job performing in a hair product commercial three weeks after landing in Los Angeles. TerBlanche was cast as Gillian Andrassyon in the American daytime drama All My Children in 1997.

Gillian, a sassy princess, was killed off in 2001 after TerBlanche requested to be written off the program so that he could return to South Africa.

The Glass Menagerie, Pygmalion, Hear Ye, and Ten Times Worse on Friday are among the plays in which she has appeared. Three Thieves and a Wedding was another film in which she starred. TerBlanche has worked in South Africa as a TV presenter for the environmental program 50/50 and the children’s programme K-T.V.