Antoinette Kellerman (born 22 January 1952) is a South African actress known for her starring roles in the television drama series Song vir Katryn, Known Gods, Soutmansland and Villa Rosa, among many others. 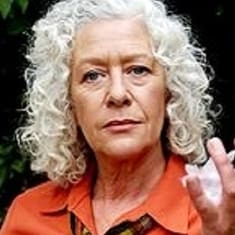 She is happily married to Anton Van Der Linde. She quoted in an interview that she is married to her dream husband.

Geraldina die Tweede, Die Glaskasteel, Sleurstroom, Paradys, Khululeka, Torings, Justice for All, Egoli, SOS, and Montana are some of the other television shows in which she has appeared.

She has appeared in a number of plays, including Ek, Anna van Wyk, Die Storm, As Die Broek Pas, Man to Man, Blou Uur, Verleiding, and Klaasvlakie.

Her portrayal as Kolonel Human in the kykNET crime anthology series Die Boland Moorde (The Boland Murders) in 2013 was one of the primary cast members.