Deon Coetzee (born 1 January 1962) is a South African actor known for his starring role as Deon du Plessis in the M-Net soap opera Egoli: Place of Gold, appearing in the role from 1992-2001. 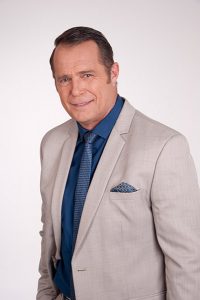 He’s also renowned for his roles in SABC2’s 7de Laan as Herman Croukamp and kykNET’s Villa Rosa as Shane Rix.

Skooldae, Familiedae, Rooi Komplot, Agter Elke Man, City People, Klagstaat, Gilliam Woudberg, Adam, The RES, and Fishy Feshuns are some of the other television shows in which he has appeared.

Boetie Gaan Border Toe, Sonskyn in SA, Oh Shucks I’m Gatvol, Swansong for Charlie, Bakgat!, Jail Caesar, and Stilte are among the feature films in which Deon has appeared.