Chichi Letswalo (born in Alexandra township) is a South African television actress and presenter known for co-presenting the SABC3 reality programme The Wedding Show in 2003 with Ed Jordan. 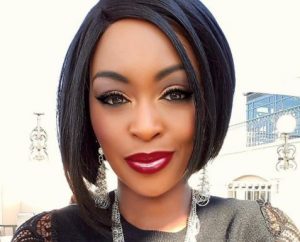 Chichi was discovered while The Wedding Show producers were canvassing shoppers in Joburg’s Rosebank mall.

Chichi reportedly wowed the producers during her interview about her ideal wedding and was instead offered the presenting job.

She went on to appear in soap operas Backstage and Generations, as well as the SABC1 drama Tshisa, in minor roles.

She moved to New York in 2007 to study at a performing arts school after leaving South Africa. Five years later, she returned to South Africa.