Mandla Jwara is a South African actor, presenter and radio DJ best known for his starring role as Johannes in the Mzansi Magic soapie Isithembiso. 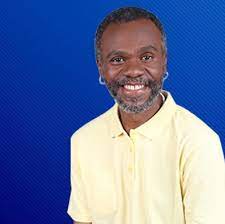 He attended Tikwana Comprehensive School and proceeded to study acting at the Fuba School of Drama and Visual Arts in Johannesburg.

He’s been in radio for a long time and has worked in a variety of formats, including community, in-house, web, music, and discussion radio.

Mandla has appeared on shows such as Telly Fun Quiz, Your Own Business, and Beyond the Classroom as a TV host. Beginning with the SABC drama Molo Fish, he has appeared in a number of TV programs as a guest, recurrent, and starring actor.

After then, he appeared in dramas such as Soul City, Mfolozi Street, Final Verdict, Gaz’lam, The Alliance, Lockdown, and Impilo: The Scam, as well as the sitcom My Perfect Family.

He’s also appeared in Muvhango, Generations, The Wild, The Road, Greed and Desire, High Rollers, Scandal!, Isibaya, and other soap operas and telenovelas.