Lawrence Maleka (born 11 April 1990) is a South African TV presenter and actor best known for presenting Clash of the Choirs. 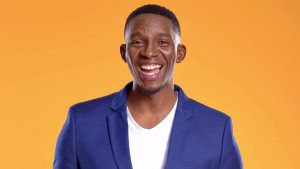 He is happily married to Zenokuhle Maseko.

After Lerato Kganyago called him to the auditions, he took a vacation from movies in 2009 and took on the position of a gadget show host on Soweto TV. He then continued to host other shows from the same stations, including Radio Street and Ziyamporomo.

In May 2015, he took over as director of the Lotto Powerball lottery on e.tv from Vizel Makania. In 2015, he also appeared on isiBaya as Don Webster. Lawrence Maleka was given the opportunity of a lifetime to replace Bonang Matheba as director of Clash of the Choirs South Africa, a reality TV show on Mzansi Magic, in the same year. He will host the third season of Big Brother Mzansi in 2022.

He has an estimated net worth of $500,000 which he has earned as a TV Presenter and actor.