Deon Hotto (born 29 October 1990) is a Namibian international footballer who plays for Orlando Pirates and for the Namibian national team (The Brave Warriors). He played at the 2014 FIFA World Cup qualification.

In May 2015, he scored two goals in the 2015 COSAFA Cup final to help Namibia win their first international trophy. 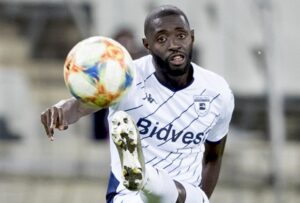 He has an estimated net worth of $400,000 which he has earned from his career as a professional footballer.